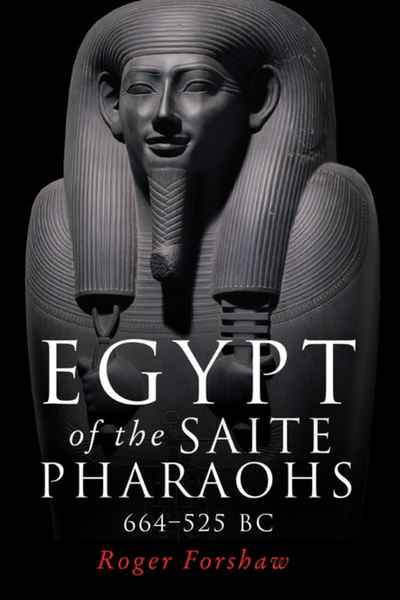 The Saite Dynasty (664-525 BC) represents a dynamic but lesser-known era in the history of ancient Egypt. In less than a decade Psamtek I reunified the country after almost 400 years of fragmentation. The Saite rulers promoted trade and embarked on important reforms, allowing Egypt to regain a major role in the Mediterranean world.

In the 660s BC Egypt was a politically fragmented and occupied country. However, this was to change when a family of local rulers from the city of Sais declared independence from the Assyrian Empire, and in a few short years succeeded in bringing about the reunification of Egypt. The Saites established central government, reformed the economy and promoted trade. The country became prosperous, achieving a pre-eminent role in the Mediterranean world. Egypt of the Saite pharaohs is the first monograph devoted entirely to a detailed exploration of the Saite Dynasty. It reveals the dynamic nature of the period, the astuteness of the Saite rulers and their considerable achievements in the political, economic, administrative and cultural spheres. It will appeal not only to students of Egyptology but also, because of the interactions of the Saite Dynasty with the Aegean and Mesopotamia worlds, to anyone interested in ancient history.